I know I may sound pathetic to all you out there, but the competitive spirit has really come out of me!! I enter this contest called "name that bling" every time a new watch band is introduced from this site "Chunkybling.com". FINALLY I am a finalist for one of the latest ones! SO here's what I'm asking you to do, Go to chunkybling.com. Find the tab "freebies and giveaways" (on the right side of the page) and under it click on "NAME THAT BLING". On the left side of the new page click the "vote for names". Go into that and vote for my name "CALIFORNIA DREAMIN". If I win I'll get a free watch band (and Stewart has already informed me on how lame this is) but like I said before... it's the competitor in me! You can only vote once from your home computer, but if you have a work computer you should vote from there too ;) SO COME ON! WHAT ARE YOU WAITING FOR?!??!! GET OVER THERE AND VOTE.... HELP ME KICK OLD CLEMENTINES BUTT!!! :) Thanks guys. Love you all! (and actual Bingham news will be on the way sometime soon. For now we're just kicking and screaming all the way!)
Posted by Juniel Bingham at 9:43 PM No comments:

2nd Annual Shooting for Hank's Birthday (for lack of a better name...)

For Hank's Birthday we went out to my parent's house and went shooting, just like we did last year. This year was quite different for just a few reasons.
1. Hank & Mekala are now married. Last year when we did this they were just "flirting" around the whole dating idea :) Now they feel free to do this... 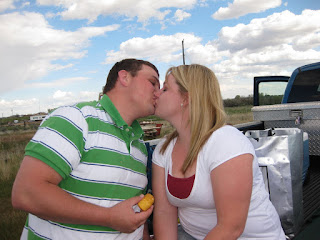 2. There was the whole situation with the bullets. First Hank forgot them at our house, so we had my mom bring them home with her. When she got home Hank realized he didn't grab the right shells. (yup, true story). Thanks to my little brother, we still had a good time using some of his shells and guns. (Thanks Jonny boy :) 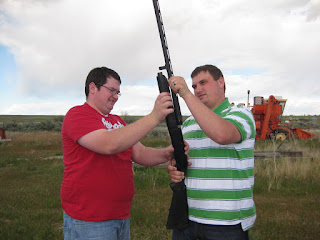 3. I was able to shoot something!!! :) I had to use a 22 and set up the clay pigeon in the sage brush, but by the endish of the night I wasn't doing too bad! I've decided that I really like shooting a 22. No kick, lightweight, and super easy to load! :) 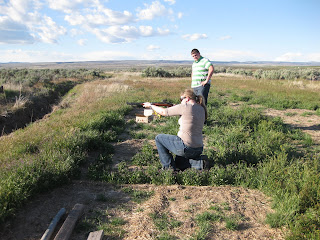 4. And the last difference is this year Mekala had to go pee pretty bad so I told her just to go around the old swather. She didn't think twice about it, but was pretty surprised when I popped out from behind the swather and yelled "say cheese!" (Don't worry, it's all G rated), but nonetheless it was pretty hilarious! 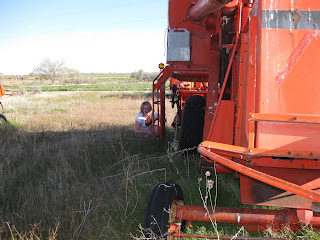 It's funny cause these next two pictures are almost identical to last year's shoot! These will have to be annual pictures! 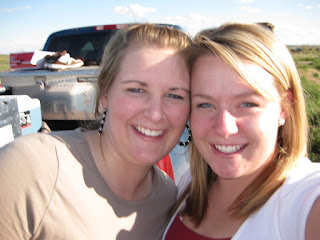 And of course we have the lighting the candles on the twinkie picture! It's a classic! 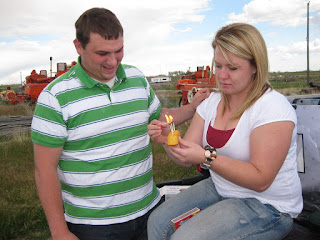 We have so much fun with these guys- and you can bet this will definitely be an annual party! (We'll just start putting Stewart in charge of getting the ammunition) ;)
Posted by Juniel Bingham at 8:28 PM No comments: 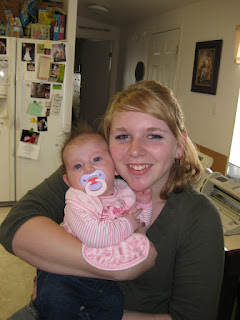 Addison LOVES her aunt JoAnna! But on this particular day she'd just woken up and was getting quite hungry... and it made for a pretty darn cute little pouty girl! :) 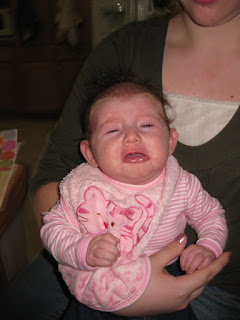 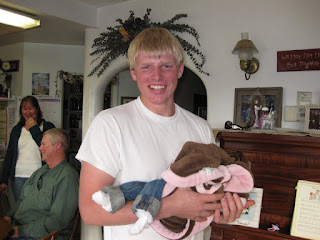 And recently, we found that we could trick mom by making a "fake" Addison. After a diaper change nobody put her pants or socks back on Addison! And the funny thing was the socks stayed in her little pants just like this! Uncle Jon picked them up and wrapped them up in a blanket and went over to my mom with a "here, you want to hold Addison?" It didn't take her long to figure it out that it wasn't really Addison, but it got her! (And for whatever reason, we just thought we were SO hilarious! I think we were in one of those giddy moods ;) 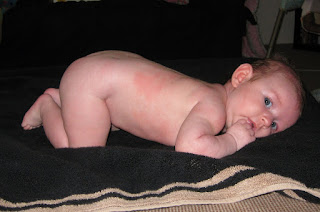 And last but not least, we finally have some naked pictures of Addison :) She really didn't like the "stink bug" position, but she was a good sport about this little photo shoot. Isn't she just so cute?!!

Posted by Juniel Bingham at 9:51 AM No comments:
Labels: Addison

Yes- We've been up to stuff! 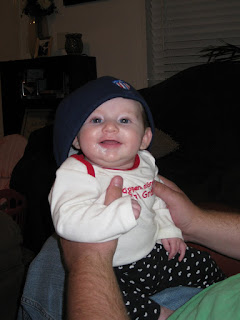 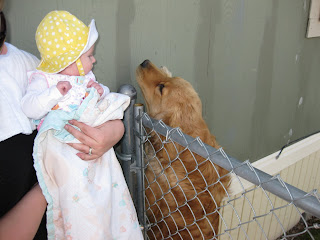 Addison loves our doggie Rambo! and I think he likes her just as much! 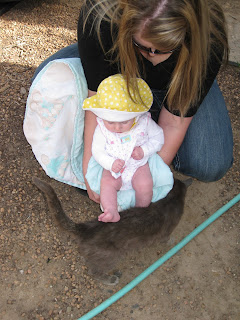 Addison meeting our new kitty Puss. Our other cat Boots ran away... but we're glad we still have Puss! :) 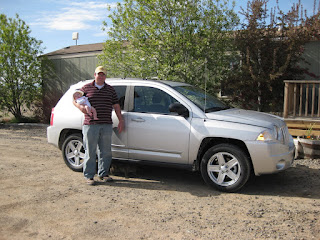 Stewart got a new work car recently! Above is his new (brand new) car! When he got it, it only had nine miles on it! (and that's after his boss took it for a test drive!!! It's a cute little thing, and so much nicer than his old work car! It's a jeep version of the dodge caliber. It's much roomier and SO much quieter! We're glad that his boss Marty takes care of us! 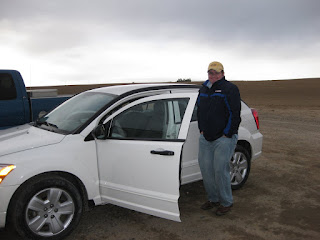 Stew's old work car. It was bout time for a new transmission, so they decided to upgrade! Notice how much taller the new car is compared to this one. I know that Stewart really likes not bonking his head everytime he gets in the car!

And yes- we've been up to more stuff... you'll just have to stay tuned for more details!

Posted by Juniel Bingham at 9:39 PM No comments:
Labels: Addison

Let's just give it away

You guys should totally go check this out!
http://www.letsjustgiveitaway.com/
Posted by Juniel Bingham at 11:31 PM No comments:
Newer Posts Older Posts Home
Subscribe to: Posts (Atom) 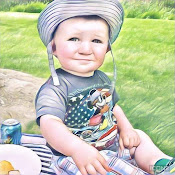